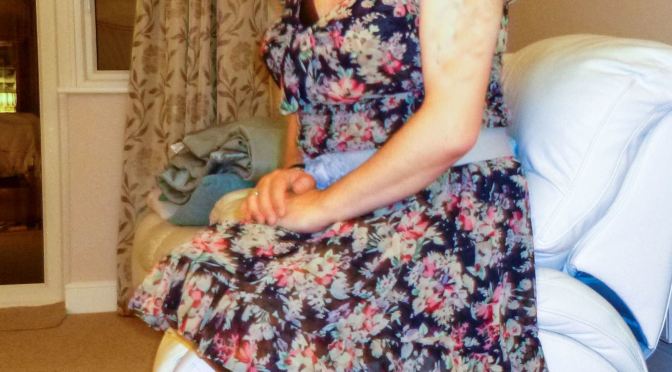 Okay, I know, it’s been a hell of a long time to go without at least posting some kind of explanation and for that I sincerely apologise.

You should know, though, that it wasn’t my intention to leave things this long – it’s just the unfortunate way that things happened, I’m afraid.

So, what’s the story you ask?

Well, it was basically down to two things.  Firstly, my mother being taken ill.  Early last year she had to go into hospital but, at the time, it didn’t appear to be “too” serious.   Obviously, this didn’t turn out to be the case in the longer term as after several, and increasingly more frequent, visits from paramedics and late-night trips to hospital, she sadly died in April this year.

As if that wasn’t bad enough, in the middle of all this I was called in to see the doctor and given the news that I was diabetic!  Deep joy!  At least it’s only Type 2,  so no insulin required but still …

Since then I’ve been trudging on with my life, as one does.  I hadn’t even thought about dressing in the past year or so; and, shamefully, I probably thought about this blog even less.  Some would say rightfully so, but having thought about it a lot in the past couple of weeks, I think not.

I think I may have missed out on a great deal of support.  Don’t get me wrong, family and friend have all been fantastic and I feel lucky to have them.  It’s just that I think that other dimension of support outside of that environment – as well as writing about it – might have got me to this point a lot quicker.

All I know is that I’m about ready to jump back into the maelstrom that is my feminine self and continue this journey into the great unknown that is ‘the future’!

Oh, and just so you know … it wasn’t all doom and gloom.

Due to the diabetes, I sorted out my diet and I actually am feeling a lot better.  I also lost some weight, which is always good.  Also, I was offered a new job that, so far, is going far better than I hoped.

So there it is, people.  The explanation.

In future I’ll endeavour to put up a post if something’s going on that could potentially mean another period of absence.

I will be tidying up around here in the next couple of days – some of the links and stuff may need updating / removing.  I’ve had some comments that had been waiting a while to be approved and I apologise to you if yours was one of them.  They are all now approved and will reply personally in due course.

So now I’m off to do some research on the latest going’s on in the transgender scene and will post something worthy of your attention!

Until then, people, be good to one another … and if you can’t be good, be careful!

I felt a need to get some things down in writing, so I thought I’d post a quick update on things.

I realise that many of you will find this post a whole lot of nothing, and it probably is from a readers’ perspective – not that anyone’s felt a need to comment on anything I’ve put up lately.  If you don’t comment I won’t know what you like or hate about my ramblings.  So I will continue to just knock this stuff out as I see fit – not that things would change much if there were tons of comments because I find it good therapy to write these things down.

I while ago I posted a blog asking why things were different this time around.  Well, the extended period of dressing is still going on and I still have no explanation.  I am no more stressed than I usually am at work or in my personal life, so it isn’t some kind of sub-conscious way of dealing with that.

END_OF_DOCUMENT_TOKEN_TO_BE_REPLACED

Just thought I’d put this out there to assure some of the doubters out there that shopping as a male for female clothes can be more enjoyable than you might think.

This is all true and happened on the afternoon of October 17.

I finished work at my usual time and headed for the train station. I managed to get there a little early which meant I had time for some window shopping, so I headed to the shops nearby. I ended up being enticed by the lovely display inside the Ann Summers store and went in. The assistant came up after a suitable period, asking if I needed help.

I’ve done a fair amount of shopping in the past and I find that honesty ‘normally’ helps – I mean if you go in with the “it’s for my wife / girlfriend”, sure the assistant will be helpful but how useful is that help really? If you tell them straight out that it’s for you they can (and mostly do) offer some opinions based on your height, shape etc. Of course, you’re under no obligation to take that advice but I find it their honesty refreshing. END_OF_DOCUMENT_TOKEN_TO_BE_REPLACED

I have tried to write the following with a view to making it accessible, both to those just beginning their journey into crossdressing as well as the ‘seasoned veteran’. I should point out that it’s quite lengthy – probably too long for a blog post and I could have dragged it out over 2 or 3 posts. I decided it would be better as one post because then everything’s all in one post if you need to refer back to it. Plus, if you’re only looking tips in a particular area you don’t have to wait – aren’t I nice to you all?!!

So … if you’re still here, and you have your tea and biscuits ready for the long haul I will assume that you are serious about your crossdressing; probably you do so for only short periods of time, maybe because you’re still ‘in the closet’ or you only have a short time outside of work to enjoy your femme side. Even those who dress part-time can achieve a fairly decent (and in some cases a frankly stunning) look. In fact many of my own forays into the feminine world last less than 3 hours – I’d guess about 2 hours is average – but I still like to try to achieve some semblance of femininity in my looks. I have covered some of these subjects in previous posts and have added links to those posts where necessary for your further reading pleasure.

END_OF_DOCUMENT_TOKEN_TO_BE_REPLACED

The thoughts & rants of a crossdresser

All photos and videos by Sarah Storm are licensed under a Creative Commons Attribution-NonCommercial-NoDerivs 3.0 Unported License.